Back to “Going to The Office”

Home » Blog » Dunvegan Blog » Back to “Going to The Office” 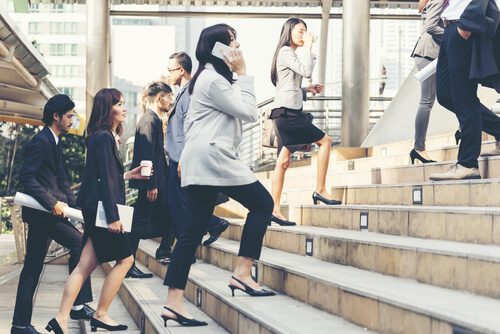 Back to “Going to The Office”

In the November 2017 issue of theatlantic.com, Jamie Cullen wrote about the nascent return of remote office workers to centralized physical offices – not because employers want to ‘see them working’ but because some collaborative tasks are better performed when everyone is in the same physical space where they can see one another and use multiple/different forms of communication.

Cullen explains that the move to a remote workforce had its beginnings in 1979 at IBM when remote terminals were set up in the homes of five employees to allow for easier and quicker access to their mainframe computer at the Santa Teresa Laboratory in Silicon Valley.

Early in the process of decentralizing, IBM realized that it could save millions by de-centralizing and selling some of its buildings, in addition to saving on employee commuting time and gaining access to talent that would not move to work at a central location.   The corporation was instrumental in leading its customers along the path of developing office-less company structures and cultures.

Then, in 2013, Yahoo reversed its policy of having employees work remotely and suffered a great deal of criticism from both its employees and industry observers.   Aetna and Best Buy were also criticized for starting to bring their employees back to central work locations.

Despite these criticisms, in March of 2017, IBM announced its decision to start bringing employees back to physical offices.

There are many good arguments both for and against having a remote workforce – often, the findings of research-based arguments are contradictory.

Nevertheless, the key reason for re-centralizing the work force seems to be ‘collaborative efficiency’, meaning that some kinds of tasks are best performed in an environment where people are in close physical proximity and can see each other, and decisions can be reached quickly.  It seems that some types of problems can be more speedily solved in such an environment.

As Cullen summarized in his article:

Collaboration requires communication. And the communications technology offering the fastest, cheapest, and highest-bandwidth connection is—for the moment, anyway—still the office.

In 1979, when business moved at a more stately pace …  IBM could decide what to build, plan how to build it, and count on its customers to accept what it finally built at the end of a months-long process.

Today, in the age of the never-ending software update, business is more like a series of emergencies that need to be approached  … . You diagnose a problem, deliver a quick-and-dirty solution, get feedback, course-correct, and repeat, always with an eye on the changing [business environment].

My company, The Dunvegan Group, has maintained a working model combining remote workers as well as workers in a centralized location. Where a person works is a function of their personal requirements as well as the requirement for face-to-face collaboration on some projects.

‘Remote’ or ‘Centralized’ is not the question, but rather what is the ideal mix for both the company and the individual?

Image courtesy of Choreograph at FreeDigitalPhotos.net